Hollywood “No on Prop 16” Rally on Sunday Oct 25th

Hollywood “No on Prop 16” Rally on Sunday Oct 25th

Southern Californian residents will participate in a peaceful rally Sunday to highlight the widespread opposition to Prop 16, a ballot measure that would amend California’s constitution to allow the state to grant preferential treatment on the basis of race and gender in college admission, and government hiring and contracts.

The latest poll by the California Public Policy Institute shows that 50 percent of likely voters are against Prop 16, 37 percent against it, and 12 percent undecided. Support trails in all the geographical regions of California, with the highest of 41 percent in Los Angeles.

This is the 22nd grassroots event in the state to voice prevailing opposition to the race-based initiative since the state legislative put it on the ballot in late June. Rallies and car parades have taken place in both Northern and Southern California in the past three months.

Volunteers have launched a passionate and vigorous No on Prop 16 movement throughout California, efforts that include holding public events, organizing social media campaigns, distributing yard signs, and conducting phone banking. 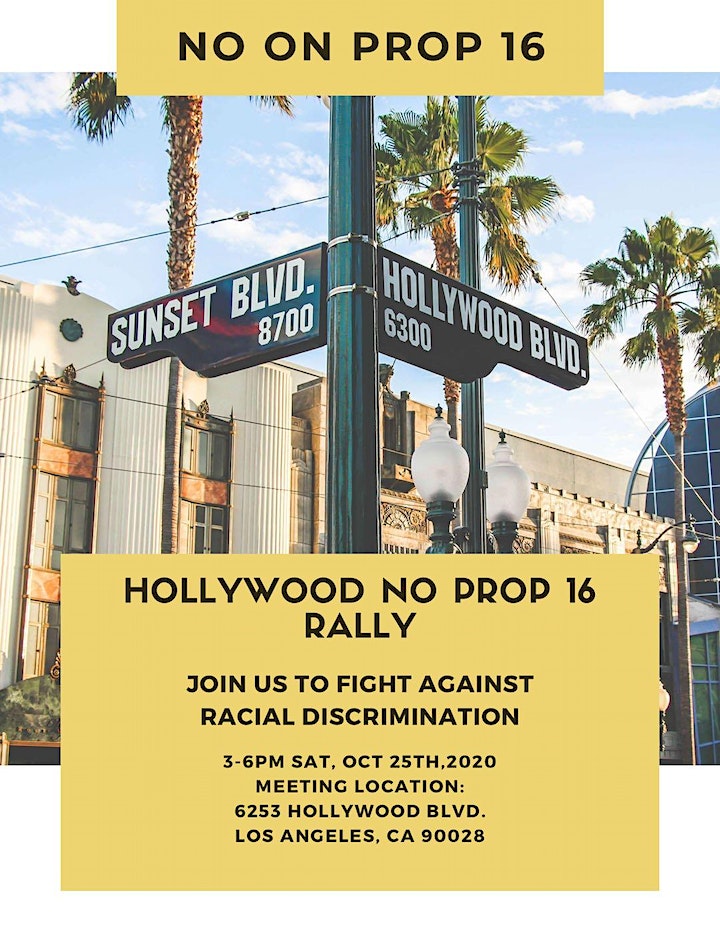